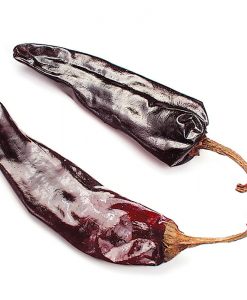 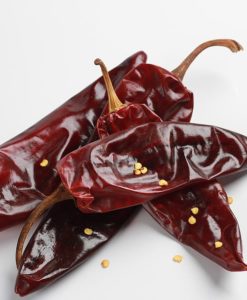 Dried Guajillo Chile Peppers pack in flavor and heat and are widely popular in Mexican cooking. Used in numerous dishes from rice to fish, salads to dressings, and shrimp to beef, the guajillo pepper always has a welcome spot in any course of the meal.

With a fruitier flavor than many other peppers of its kind, this variety adds a tangy, berry-like punch to its spicy repertoire. Guajillo is one of the most versatile chiles when it comes to the pepper spectrum Blend them into marinades or sauces for an added boost of sweetness and spice. If you’re interested in cooking Mexican food, then the Guajillo is a staple to stock up on.

The Guajillo Chile is the dried variety of the mirasol pepper, a thin-skinned chile from the Zacatecas, Durango region of Mexico. Its complex notes include green tea, berry and pine nut. Its name translates to “little gourd” in Spanish, referring to its shape and rattling seeds when dried. Its tingle and bite also gives it the nickname “travieso,” meaning mischevious.

One of the three “holy trinity” peppers of mole sauce 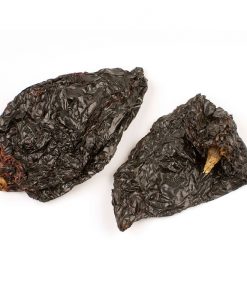 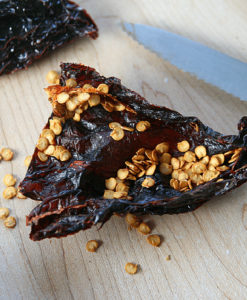 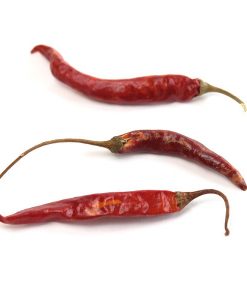 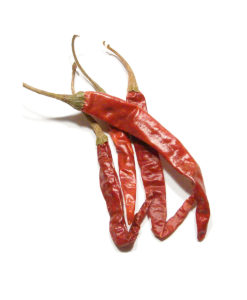 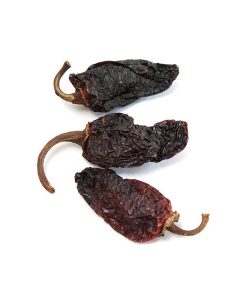 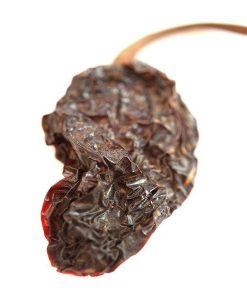 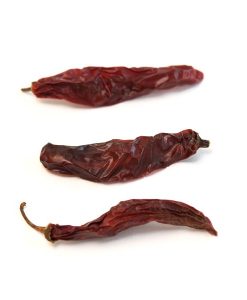 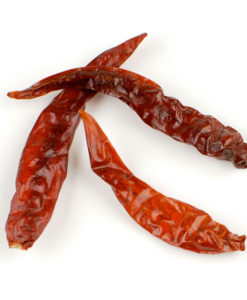 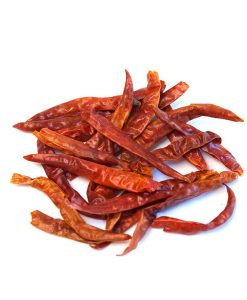